The overlooked and undervalued symbiotic fungi 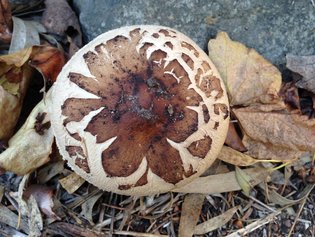 Fungi are important to the health of the majority of Australian plants
About 90% of indigenous plant species have a positive association with fungi, which means that both the plant and the fungi need each other to survive. There are several hundred species of fungi that occur in a few hectares of remnant woodland and wetter forest areas.

Fungi can be divided into micorrhizal fungi, parasitic fungi, and saprophytic fungi. Micorrhizal fungi have a symbiotic relationship with plants that benefits both the fungi and the plant.
Parasitic fungi do harm to their hosts that can be plants, animals or other fungi. Saprophytic fungi are important because they break down leaf litter and branches turning them into organic matter, an important ingredient of a healthy soil

In a Western Australian study, 500 different species of fungi were identified in small patches of remnant bush. In a healthy forest or woodland system these beneficial fungi are spread around by the scratchings and diggings of resident marsupial fauna who supplement their diets by the eating the ‘fruit' of the fungi. 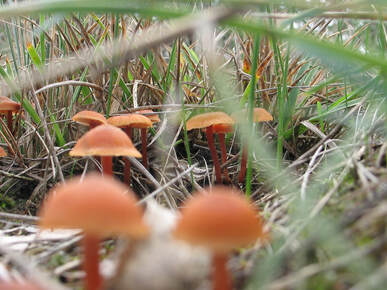 Up to 500 species of fungi can occur in small patches of remnant bush. Photo Tian Murphy

Mycorrhizal fungi are important because they supplement the nutrient needs of plants. In return they receive carbohydrates that the plants photosynthesize as well as water. Species ranging from orchids to eucalypts benefit from this association. Ninety percent of plant species have a beneficial partnership with mycorrhizal fungi

The long term survival of newly planted forests and woodlands may well depend on the presence of a suite of an estimated 100 mycorrhizal fungi normally found in natural bush. Research in Western Australia and New South Wales has found that fungal populations do not reestablish naturally in indigenous plantations 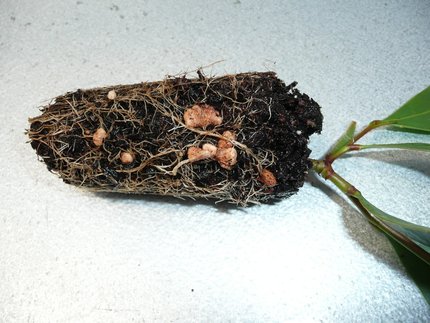 Nodules of rhyzobium bacteria living on the roots of a Golden Wattle seedling. These can be harvested and crushed to inoculate other Golden Wattles
Inoculation of nursery stock with mycorrhiza has not generally improved planting success. In the wild, the natural spreading of mycorrhiza by small digging marsupials has improved the health of forest plants. It is therefore likely that fungi loving marsupials will play an important role in keeping plantations healthy in the long term. Int the short term, inoculation of nursery stork with micorrhiza has not generally improved plant vigour after planting in farm plantations.

Rhizobium bacteria are symbiotic
Another microorganism that is important to plants are Rhizobium bacteria. They enable the roots of some plant families fix atmospheric nitrogen in the soil. Families that directly benefit from this relationship include members of the Mimosaceae (e.g. wattles) and Caesalpiniaceae (e.g. cassias) and Fabaceae (e.g. Austral Indigo, Indigophora australis). Other plant species growing in their vicinity also benefit from this addition of nitrogen to the soil. These rhizobium bacteria live in nodules, that look like tiny potatoes, that are attached to the plant roots. 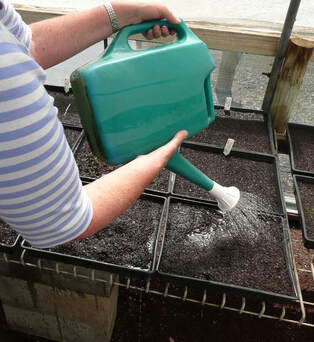 Plants can be successfully inoculated with rhizobium bacteria in the nursery before planting in the field by crushing nodules collected from seedling plants of the same species (the nodules contain thousands of rhizobium bacteria) and adding the juice to water in a watering can which is watered over seedling trays where the seed is germinating.

You can read more about our local acacia species in Acacias, wattles of the Geelong Region like this beautiful but prickly Hedge Wattle, Acacia paradoxa.

Have you figured out the paradox in Acacia paradoxa?